Where Are They Now? Former OJPC intern Ben Ranz 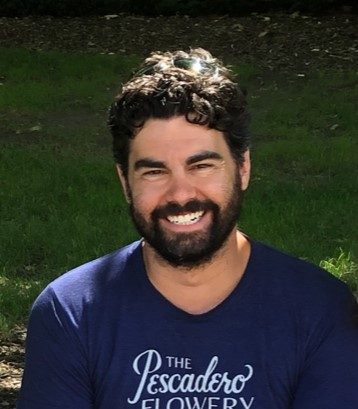 I spent the summer of 2019 as an OJPC intern after my first year of law school. OJPC had been on my radar even before law school began. I was drawn to their commitment to not only address one-on-one client issues, but also to make large-scale systemic policy changes to prevent future client issues from even happening.

My time spent at OJPC was extremely formative as an aspiring lawyer. The simple concept of “not writing anyone off” resonated with me from the beginning and has become part of the bedrock of my legal value system. Wrongful convictions are tragic and I am thrilled there are so many people working hard at innocence projects, but the OJPC mindset is far more nuanced than simply addressing wrongful convictions. Anyone can get behind the concept that an innocent person should not be in prison. I think OJPC displays profound bravery by taking on cases of people who have admitted guilt and are doing their very best to atone, heal, and move forward. In this way, OJPC sees every single person as a human first, regardless of their potential transgressions. If more actors in the criminal legal system led with humanity like OJPC does, there would be far fewer wrongful convictions and far more actual justice.

During my time at OJPC I was able to visit a prison for the first time – three times to be precise. I made a road trip to the Ohio statehouse to watch a committee hearing on a pending bill. I was also lucky enough to get to work one-on-one with clients who were trying to seal their prior convictions in order to move on with their lives as part of the 2nd chance clinics. I met attorneys and other staff members whose day-to-day work is the stuff inspiration is made of.

Immediately following my time at OJPC, I spent a month working on the U.S./Mexico border in El Paso, Texas. Immigration is not on the radar as intensely in Ohio as it is in Texas,  but my months at OJPC instilled in me the “honey badger” tenacity necessary for immigration border work. Upon returning to Cincinnati for school, I spent the school year as a law clerk for a small criminal defense firm, where I was able to continue to put to work the skills and values I reaped from OJPC. My most recent summer was spent full-time at the firm where I was able to make several substantive contributions.

I am currently in my third and final year of law school. In addition to continuing clerking with the firm, I am an intern at the Hamilton County Public Defender’s office. It is yet another opportunity to get up-close and personal with the injustice of our legal system. My supervisor is fond of saying “the system is not broken, it is working precisely as it has been designed – to disproportionately punish black and brown humans.” That lines up directly with the mindset at OJPC, so I have been well-prepared. I am in the process of applying to public defender jobs across the country as well as locally. Cincinnati is home for me and it would be extremely meaningful to work here and make an impact locally. But only time will tell.

My time at OJPC helped lay the groundwork for the kind of movement lawyer I aspire to be and I will always be grateful for that.