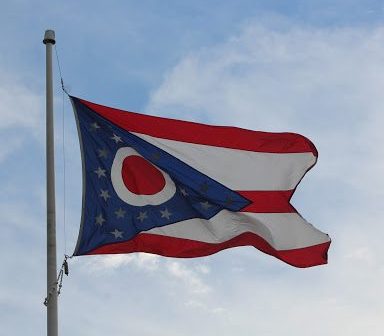 “Ohio’s death penalty system is fundamentally broken, unworkable and unnecessary,” said Kevin Werner, policy director at The Ohio Justice and Policy Center. “We have four decades’ worth of data clearly telling us it’s time to turn the page on the death penalty. It’s time.”

Before joining the staff at OJPC, Werner spent 12 years as executive director of Ohioans to Stop Executions

“Together, those guys spent more than 207 years incarcerated for crimes they flat out did not commit,” Werner said. “Think of it like this, for every six executions Ohio conducted, it freed an innocent person. Nobody finds that acceptable.”

Ohio’s death penalty system has been plagued by racial and geographic bias. Research consistently finds the victim’s race plays a role in death penalty cases. Data show that in Ohio, 75 percent of all executions involve white victims despite the fact that more than half of all homicide victims are people of color. Geographically speaking, two Ohio counties account for more than 56 percent of all death cases since 1981, when the current law went into effect.

The death penalty system largely has been idle since Ohio’s last execution in July 2018 under the Kasich administration. Governor Mike DeWine has raised concerns over the state’s ability to acquire drugs for execution since the start of his administration. In December, the governor labeled Ohio as a de facto moratorium state. Gov. DeWine made the distinction between being a proponent of the death penalty and following the law, proceeding to claim that he did the latter.

Recent polling conducted by the ACLU of Ohio and Ohioans to Stop Executions finds that the majority of Ohioans favor ending capital punishment. Highlights of the January 2021 poll results include:

“Ohio, like many other states, thought it could design a capital punishment system that was capable of being fair and accurate,” Werner said. “Lawmakers thought adequate safeguards were in place to ensure the death penalty would be rare, effective and free of any arbitrariness, bias or constitutional questions. That was then, and this is now. By any metric, the death penalty is a failed public policy.”

The Ohio Justice and Policy Center is a non-profit law firm and advocacy organization with offices in Cincinnati and Columbus. OJPC works on criminal legal reform efforts across the state, including but not limited to capital punishment, sentencing, bail, collateral sanctions, human rights of prisoners and policing.