Lavado Townsend Uses His Experiences to Help Those Recovering From Addiction 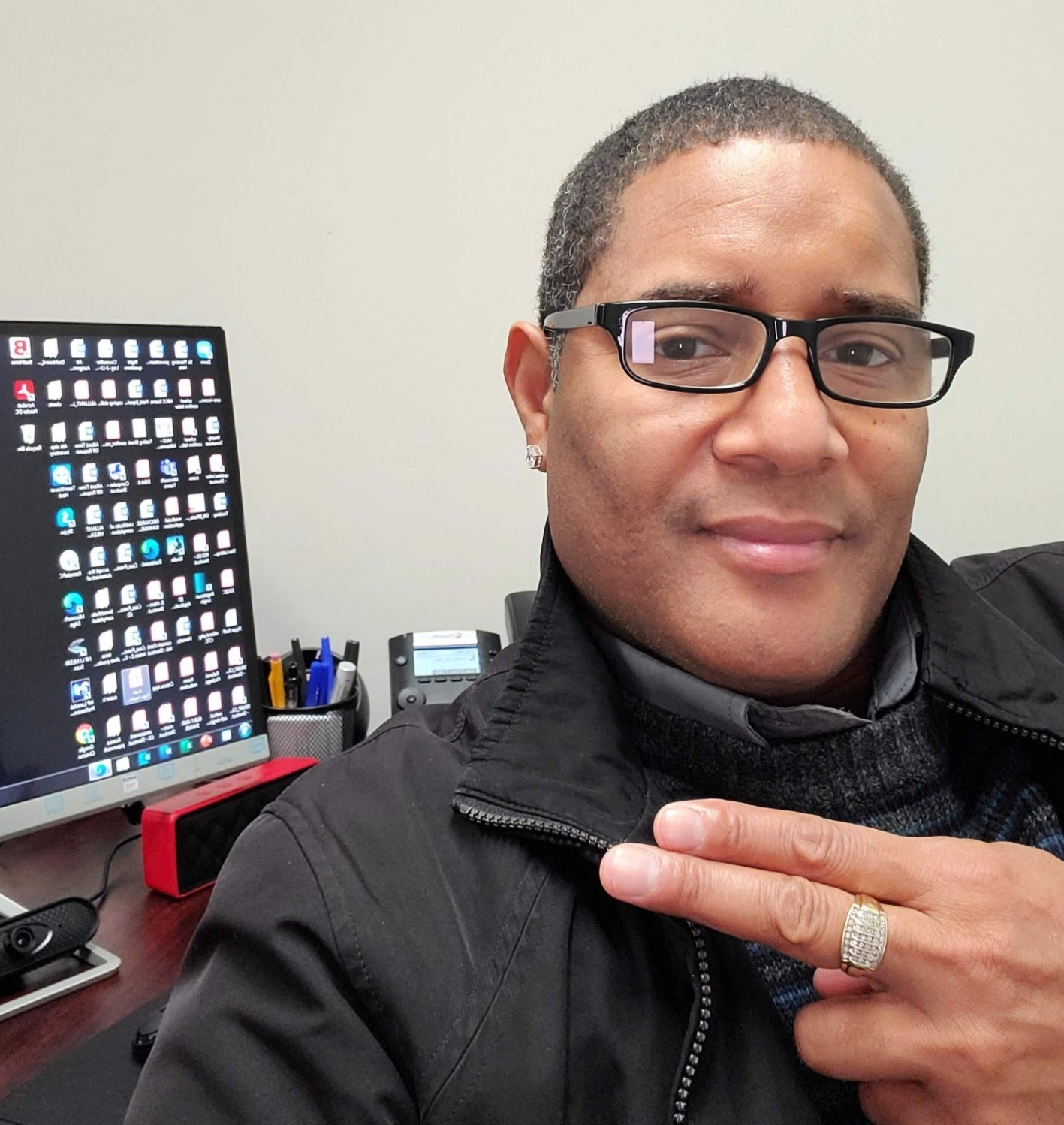 Lavado Townsend has a new job.

A charismatic, talkative Cleveland native in his early 50s, Lavado recently became a certified Peer Recovery Supporter, and is now a case manager at an addiction recovery center. His first days on the job were pleasantly hectic: running drug tests, moving clients in and out of the center’s sober home, helping to clean the home’s basement fridge.

To Lavado, though, the job’s daily routine—or lack thereof—is nowhere near as important as what the job represents: not only a chance to support and encourage others who, like him, are recovering from drug and alcohol dependence, but also another chance of his own.

Lavado has always been a performer: he produces music in his spare time, chose his church in part for its choir, and tells stories with the easy charm of a gifted teacher or off-duty priest. Growing up, Lavado imagined that he might put his social skills and sense of community to work by becoming a police officer. But at age 17, he was accused of rape.

Storyteller though he is, Lavado takes frequent breaks to collect himself as he describes his first encounter with the legal system. His lawyer persuaded him that, as a Black man, he stood no chance with a jury. Though he knew himself to be innocent, he agreed to plead guilty to lesser charges, hoping to be sentenced only to probation. Instead, Lavado was convicted of attempted rape and corruption of a minor and sentenced to serve 3 to 15 years in the Ohio State Reformatory.

Released on probation after eight months, Lavado developed a drug addiction that ultimately led to more time in prison.

In 1997, after a conviction on felony drug charges, Lavado vowed to himself that if he was released, he was “never coming back here again.” He had a son by then, Lavado Jr., and to be separated from his child was unbearable. Lavado kept his promise: he got clean while incarcerated, and was a present, involved, and plainly loving dad.

Today, he speaks of Lavado Jr. with palpable pride, detailing his stellar grades in high school, his military service, and his IT career. But that pride is deeply weighted with grief. Lavado Jr. died by suicide in 2012, at only 22 years old. Lavado, so heartbroken he “wasn’t seeking anything but death,” slipped back into drug abuse.

Over the next seven years, Lavado shuttled between home and rehab. But slowly, his desire to live reasserted itself, as did his drive to “be clean and be happy.”

For Lavado, happiness is inextricably linked to service, and during his last stint in rehab, he discovered great meaning in providing emotional support to his fellow in-patients. That support, he realized, could be his path forward. By getting trained to be a Peer Recovery Supporter, he could combine his personal experience with clinical expertise to become “the person that people can reach out to for help and advice” full-time.

But his felony convictions were an obstacle. In Ohio, Peer Recovery Supporter qualifications are only available to those who have pled guilty to certain crimes after a successful petition for a Certificate of Qualification for Employment, or CQE. Lavado came to OJPC for help with his CQE petition, determined to demonstrate that “my criminal record is not who I am today.”

With the help of OJPC attorney Mike Zuckerman, he succeeded in obtaining the CQE. A CQE may not be an exoneration, but it goes some way toward healing the pain of his first trial, and it substantially lessens the stigma of his past convictions. Mike describes the CQE process in very similar terms,

“We are lucky here at OJPC to support people who have already put in a huge amount of work to show how much more they are than the mistakes of their younger selves. Mr. Townsend’s resilience in the face of hardships, and his dedication to using his talents and experiences to help others through their own struggles, are inspiring to all of us with the privilege of helping him on his journey.”

Lavado hopes to be an inspiration to the people he serves in his new case-management role. He believes deeply in striving for personal worthiness, and in treating others the way he wants to be treated: as full humans, regardless of their struggles and flaws. Most of all, he believes “that light shines through darkness.” As a certified Peer Recovery Supporter, he’s able, more than ever, to be that light. Lavado is grateful to OJPC for being with him on his journey and assisting him through the CQE process.

Your contribution makes such a huge impact in the lives of people like Lavado, furthering OJPC’s work to ensure the opportunity for redemption.

If you’ve made a recent gift to OJPC already – thank you! If you’ve not yet donated, I hope you’ll consider partnering with us in this important work. Thank you for your continued support.